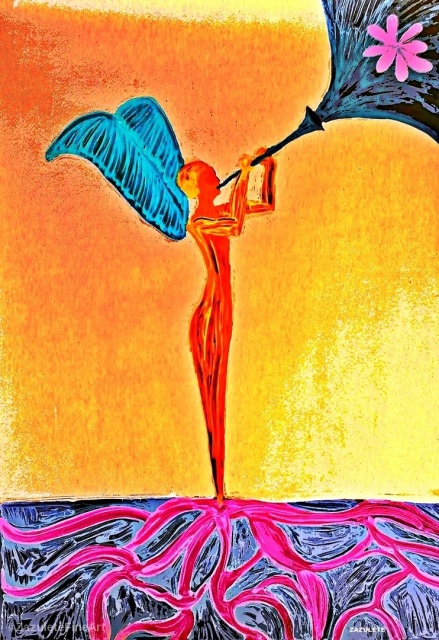 Based on my original painting "Gabriel" (mixed media on canvas).