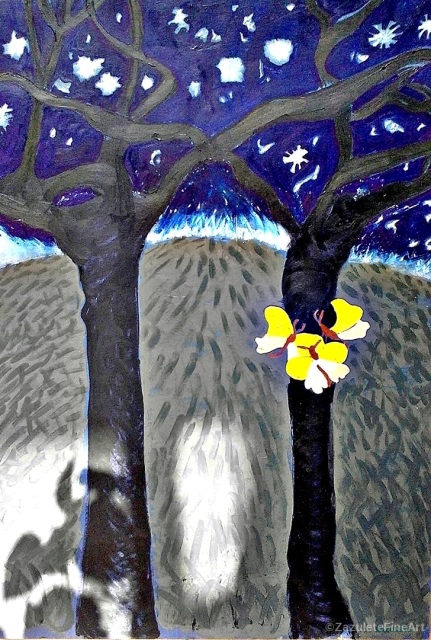 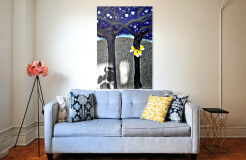 Based on my original painting "Magical Forest III" (mixed media on cardboard).

The Magical Forest series here is based on real-time visions of the astral while contemplating my garden.